WEATHER IN    MEAD, OKLAHOMA     Currently and

9am to 6pm Everyday 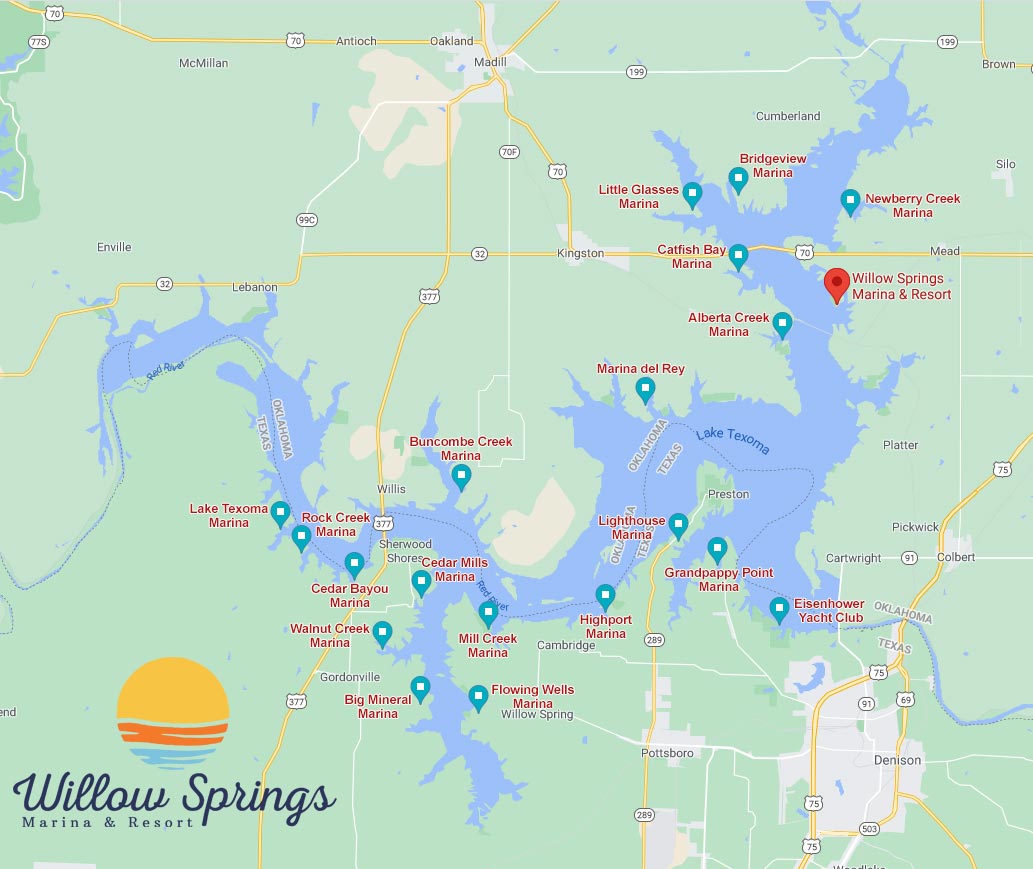 Known as the “Playground of the Southwest”, Lake Texoma, one of the largest reservoirs in the United States, is a deep water reservoir with deep channels formed by the Red River from the west and the Washita River from the north. The surface area is approximately 89,000 acres with 580 of miles of shoreline.

Formed when the Denison Dam was built in 1944, Lake Texoma borders the states of Texas and Oklahoma with a thousand miles of shoreline. It’s sheer size and proximity to both the Dallas-Fort Worth area and Oklahoma City, contribute to it’s popularity – attracting approximately 6 million visitors a year.

Lake Texoma area has a rich history. The area was pivotal in the development of Texas and Oklahoma and Historical markers dot the countryside. Local museums and cultural centers chronicle the development of the area, offering visitors a glimpse into the lives of the early settlers who became Presidents, Statesmen, leaders in Viticulture, education, architecture, commerce and industry. The Chickasaw Cultural center celebrates the history and culture of the Chickasaw Nation and the Native American Indian.